Fear, Kids and Brexit - The Confidence Clinic Skip to content 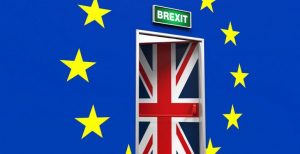 I’ve always felt the need to write about what’s going on in my life, (and what’s going on in my head,) but also make it relevant and help others as much as I can. I feel the need to talk about Brexit (just a little I promise.. please bear with me if you’re sick of it all). I’m not a political person – I actually shy away from these conversations and posting too much of my opinions, because I come from a very opinionated family whose political ideals I don’t always share. So I’ve learnt to keep quiet, or else I’d get into blazing rows. You see I hate fighting, I hate divide, I hate war.  I find it really tough and very sad to cope with the reality of people losing their lives fighting in a war, it just seems senseless to me. My Dad was brought up a Catholic, in Coleraine in Northern Ireland, it was a predominantly protestant area. My Grandmother once told me about a lovely protestant lad she was going out with when she was young, but they couldn’t continue dating because of the abuse they got from people around them, they were from the opposite sides,  it wasn’t acceptable to people. They would get stones and rocks thrown at them if they walked down the street together, they were afraid to be seen together, and afraid of what might happen if they continued their relationship. It didn’t matter if they loved each other!

I feel that all the talk about Brexit in the UK, is not taking into account the peace that we’ve had over the last 20 years. Things have improved so much that we’ve taken it for granted. I know many of you reading this who live in Dublin or close to the border will remember those days, the days of the troubles. It felt like every day there was something bad happening to one side or the other – the only way I could deal with it was by blocking it out. The strongest memory I have of the border is one of my Parents bringing us all up North, my Dad was so paranoid that our car would get stoned because it had a Republic of Ireland registration plates (He’d learnt from experience). When we stopped to eat in a restaurant, he had to park the car within our sight so that he could look out the window and see that it was safe.  I know many people will have much worse stories than this but I’m just sharing my own memories.

There is huge fear that a border would turn back the clock and have unrest and divide again. At the same time, we have all come along way and we can’t live in fear… always worrying about what might happen? One thing is for certain about the entire situation, if no deal is agreed, it’s going to be a disaster!

So, our fears come from our memories and our experiences.  We don’t want to do a certain thing, for fear that some past experience may repeat itself. This happens all the time… think of a child that’s afraid of a dog, spider or a mouse. Between the ages of 0-7 or 8, we get a blueprint for life. We believe everything that we’re taught and we don’t question things. So that’s why the fears we have from childhood are so deep-rooted. If you continue to tell a child over and over again, not to talk to strangers don’t be shocked when they find it hard making friends – they’ve been hard-wired to be afraid of anyone they don’t know. When I studied fears and phobias as part of my Hypnotherapy qualification, I found it fascinating. There was usually a particular moment or situation which caused the fear or phobia. For example, a person on our course, with a phobia of heights and flying, was able to remember under hypnosis, being dangled over a stream by some older boys and was terrified of them dropping him. I was disgusted by mice and it came from my Mother seeing a mouse in our house and screaming.. (a natural enough thing to do) I was 2 or 3 and I learnt from my Mother to be afraid of mice. So we can pick up the fear from others around us so easily. We can also have a fear being rejected, laughed at, embarrassed, feeling alone or isolated.. the list goes on.

How to change it

If there is something bothering your child or teenager and you think they’ve had an experience when they were younger that has left them scared or with a fear or phobia… remember that it can be changed and worked on. I try to explain it like this: If you are 2 years old and a dog nips your fingers, because you stuck your hand in it’s face.. (lets face it, you didn’t know any better and you were just curious!) you get a fright and you learn to become afraid of dogs. Your subconscious mind protects you by making you stay away from dogs, even if years later you can’t even remember the incident. So I help a child like this by asking them logical questions such as ‘what would happen if anyone poked a dog in the face?’ ‘Can you see why the dog nipped you when you did it?’ ‘Do you know now how to behave around dogs?’ i.e. if you don’t poke it in the face it won’t hurt you. I try to get the child to communicate with that 2-year-old part of his subconscious brain, (this is best done in a relaxed state using visualizations) I get him to repeat to himself something like ‘it’s okay, you know now because you’re older that dogs won’t hurt you, if you don’t hurt them’. I get him to reassure the 2-year-old self that he knows how to behave around dogs and that he can be safe around them. When I can break that old link that has been set up in someone’s mind, (the link between fear and whatever the thing is) it can have an immediate impact and improve their life so much.

In relation to Brexit, let’s not live in fear, but let’s hope that the situation is sorted out one way or another and soon!

1 thought on “Fear, Kids and Brexit”